I laugh in the face of #BlueMonday! 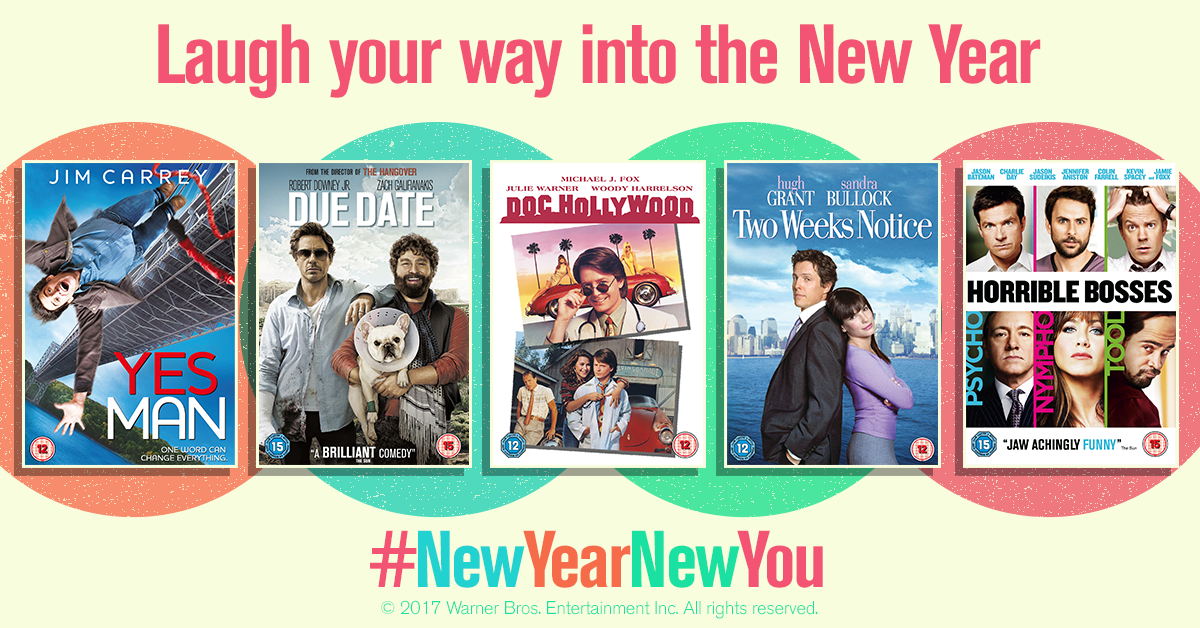 Today is officially “Blue Monday”.  The third Monday in January is the gloomiest day of the year based on factors including weather, debts, time since Christmas and motivation.  Ugh.  But I may just have the perfect remedy…

Get laughing!  Laugh in the face of Blue Monday and try some new comedy.  I’ve challenged myself to try new things this year (basically, watch a whole lot of films that I missed first time around!).

I have a great list of 5 to start with:

I wouldn’t usually end up watching these sort of films (mostly because film choice is a joint decision in our house, and they’re ones that my husband would usually say “no” to!) but hey – let’s both try something new!  It’s miserable and cold outside, so let’s laugh our way into the New Year!  By the sounds of it, these films will definitely help to beat the January blues!

You can get your hands on these releases, and lots more, on Amazon

On Wednesday 18th January, I’ll be running a competition on my Twitter page to win all 5 as a DVD bundle!!

Simply follow and RT to be in with a chance of winning this comedy DVD bundle!

Follow and RT for a chance to win a comedy DVD bundle! #winitwednesday https://t.co/3OqoJunONU pic.twitter.com/ZkH9y8ZQyq

(T&C’S – To be in with a chance of winning, you just need to retweet the competition tweet, and follow the @familybeehive twitter account.  Competition closes at 11.59pm Wednesday 18th January 2017, and is open to UK addresses only.  A winner will be chosen at random using Tweet Draw.  Good luck!)