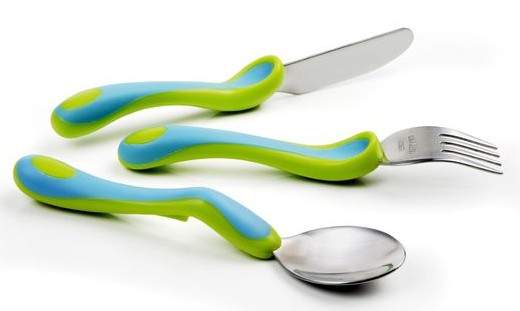 I thought i’d post an update on weaning, and how we’re getting on with food now that Baby B is 15 months old!

Feeding Baby B varies from day to day – he’s usually pretty good, but if he’s teething it just goes right out the window!  He might only eat a banana for the whole day! 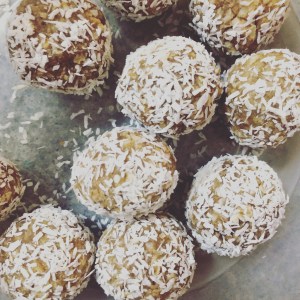 We all strive for success when it comes to weaning, and want to make sure that our kids have the right tools to eat properly.  For Baby B, this is his hands.  I’ve fallen into the trap of letting him feed himself and making individual portions for him (pasta cakes, veggie muffins etc).  I stopped spoon feeding him mushy foods quite early on, so he’s been “fending for himself” for a while now.  I do like that I can give him a sandwich, or a muffin and he’ll happily gobble it down, but I would like him to understand cutlery a bit better now though!

So I decided to start reintroducing the spoon to him.  He had started to get a bit scared of the spoon, as – when he was ill – we were giving him Calpol by spoon, so I think he was starting to associate the spoon with medicine!  Not good.  But he’s started to take more of an interest in the spoon again now (whenever I try to feed him using a spoon, he makes a grab for it, and throws a bit of a tantrum if he doesn’t get it!) so today, I gave him a spoon and his yoghurt to see what would happen.  He got the gist of what he was supposed to do, which was encouraging!  Most of the yoghurt ended up all over his top, arms, face though; so bath-time took a little bit longer than usual (I actually found yoghurt in his ear!)  Haha. 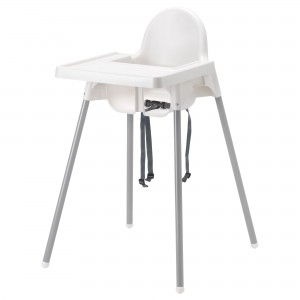 I’m so glad that I researched high chairs before I started the whole process 10 months ago (wow – has it really been 10 months??).  It’s so important to go through all of the options and see what works best for you.  Friends of mine went down different routes – a nice cushioned one; one that could fold up easily for storage; one that leans back in case baby falls asleep; the cheapest on the block; the hand-me down – so you need to make sure that you get one that does what you want it to do.  For me, it was all about how easy it was to clean, and the price.  That’s why we went for the IKEA Antilop like a lot of mums do.  It has served us well so far, but I think we might be getting to the stage of having to get a booster seat so that he can sit up at the table like a big boy!  That’s a scary thought…

The thought of him sitting nicely at a table with a knife and fork is a few years away, I know (and we have to master potty training on the way!  Eek!) but I look forward to us all sitting up at the table as a family enjoying something that I have cooked.  What an idealistic image!  I have a feeling that the reality will be something quite different!