Zakynthos: The best beaches of the island that you must visit 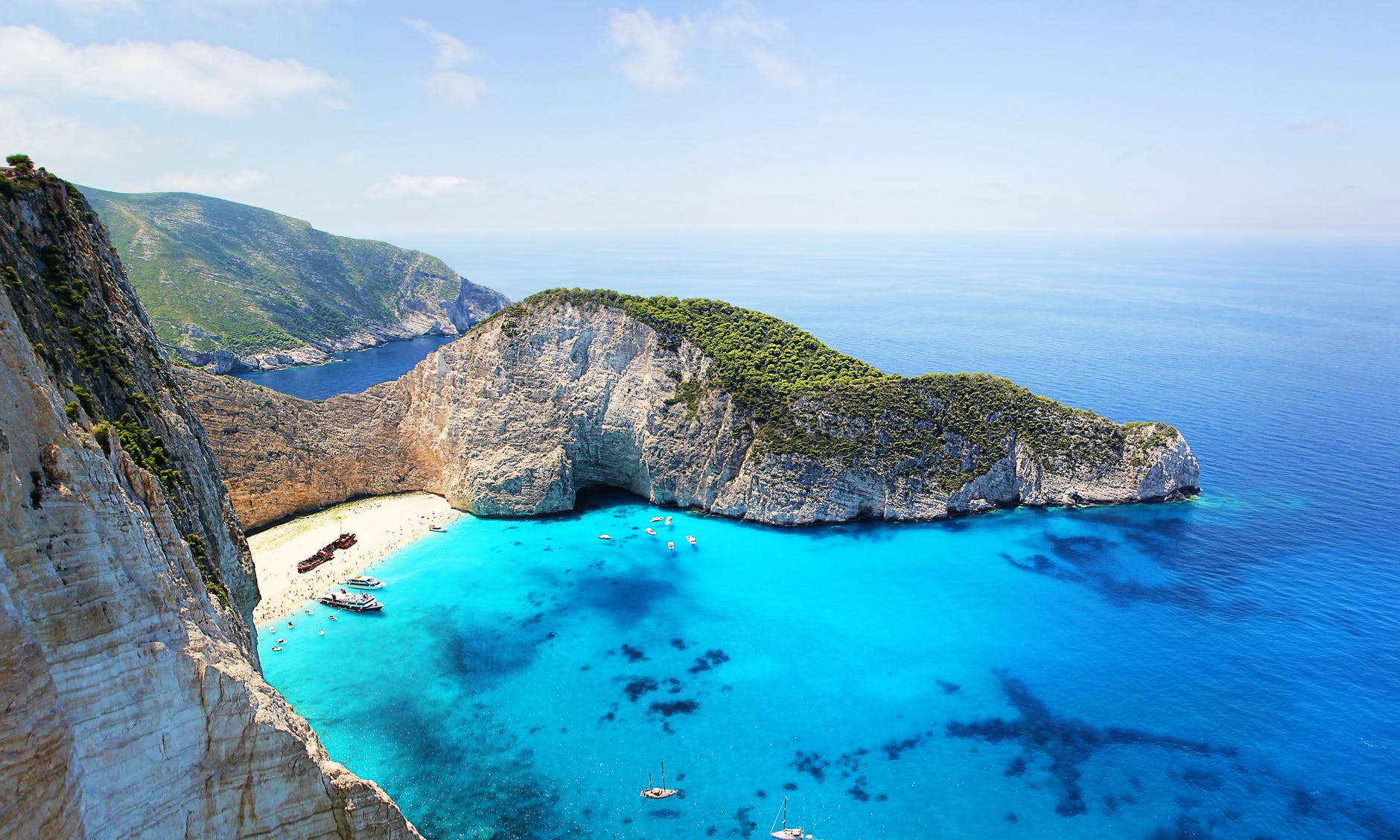 Every year, the Ionian Islands are an attraction for thousands of tourists worldwide, as they stand out for their golden, sandy beaches and lush vegetation. Zakynthos is at the top of the list of tourists’ preferences. The Shipwreck of Zakynthos is known all over the world and appears every year on the best beaches in the world.

However, the “Levante Flower” as the island is called, is a place full of pleasant surprises and landscapes that captivate you. In the following article, we suggest to you the best sights of the island that you must see up close if you choose Zakynthos for your vacation.

The Shipwreck of Zakynthos

It is one of the most photographed beaches in the country and is considered the best of Zakynthos. Reaching to the point, the view will take your breath away: the beach stretches into a large creek that “embraces” the mountain. The waters are crystalline in electric blue tones due to the numerous sulfur springs in the caves that surround the beach and release large amounts of sulfur when buoyant. Access to the Shipwreck is only from the sea, with boats departing daily from Porto Vromi or from Agios Nikolaos.

For the record, the ship was located in 1980 and was found to be carrying smuggled cigarettes. The value of about 2,000 packs of cigarettes was estimated at 30 million drachmas (the country’s former currency). The crew claimed that, after the ship was wandering between Kefalonia and Zakynthos for three days due to bad weather conditions, due to a mechanical failure, they ran aground at Cape Schinari.

Marathonisi: The island of the loggerhead turtle

Marathonisi is a small private island located in the bay with turtles very close to the beach Limni Keri. Today it is uninhabited and is one of the breeding grounds of the loggerhead sea turtle. The island is included in the water park, and therefore mooring is prohibited. It can only be visited by private boat, organized boat trips, or even canoe.

Explore the occult Porto of Limnion

It is one of the most mysterious places of Zakynthos, with minimal facilities for tourists. To reach the point, you must first pass through the village of Agios Leontas and following the signs, you will descend to the sea. To get to this point, you will need your own vehicle. For greater comfort and safety, you could turn to hiring a car from the company Enjoy Travel, which has a branch on Zakynthos island, which can serve you. Arriving at that point, there you will find caves that invite you to explore them.

Zakynthos: Walk to the picturesque village of Bohali

Bohali is a small, picturesque village at the top of the cape at the back of the city of Zakynthos. There you can enjoy the sunset from above enjoying your food in the taverns of the village. It is also worth going to the church of Zoodochou Pigi with its Byzantine icons.

Zakynthos: Where to stay

Zakynthos has hundreds of accommodations for all budgets. You can find everything from apartments and luxury villas to budget rooms. Also, the island has three organized campsites in Laganas, Meso Gerakari and the village of Psarou.

Author: The Family Beehive
Filed Under: Blog
The most profitable professions of the future
Travel to Europe: The safest winter destinations after the pandemic